Making your own wooden chessboard can be a fun and rewarding experience. Not only do you get something entirely unique, but you also get to enjoy the fact that you’re playing on something built by your own hands.

But if you don’t know which end of a chisel is up, it can be a struggle to know which types of wood are best for the purpose. Having to choose from bud rosewood, golden rosewood, boxwood, and hundreds of others feels like having to pick a needle out of a stack of identical needles, so it’s understandable if you need a little guidance.

Even if you are not making your own, it’s good to know which is the best wood for chessboard making, or for boards that are going to suit your needs best.

There are a whole host of good-looking woods to choose from that we’ve ranked here. If you can’t use the real deal for whatever reason, a veneer is fine, too. But we both know that an actual wood set looks much better. 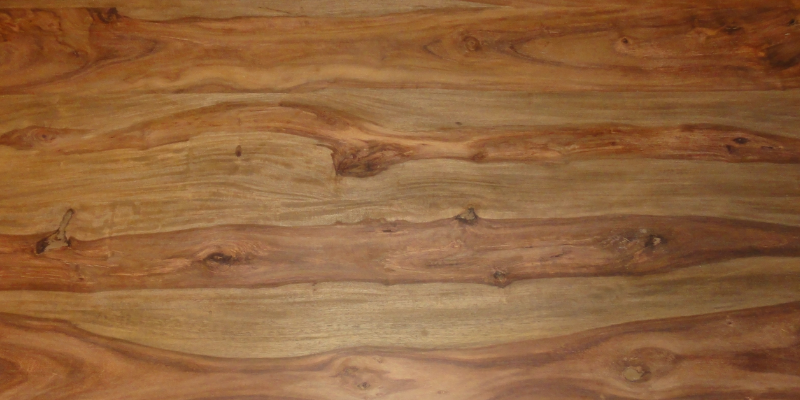 Sheesham is a versatile, solid wood used in the construction of everything from furniture to chessboard. It’s medium brown in color and reasonably dense. What’s more, it’s nice and stable, so with the right amount of care, you don’t have to worry about it warping or fading over time.

Polishing and waxing the wood brings out a deep, attractive grain that will make your wood chess pieces and board stand out.

Sheesham is also resistant to rot which makes it a popular choice for wood carving and furniture. It’s solid which prevents warping and splitting but that also means it can be challenging to work with.

Sheesham wood is also known as Indian rosewood and it predominantly grows in India but is also present in some parts of Pakistan and Nepal.

There’s a considerable amount of controversy surrounding this beautiful lumber, as its export was banned by the Indian government in 2017, as the Indian rosewood was considered an endangered species.

Conservation efforts to reintroduce rosewood have been largely successful, and the government is considering lifting the ban. As it stands, if you want to use it for your next chessboard, you’ll have to make sure the lumber you’re using is not a recent import. 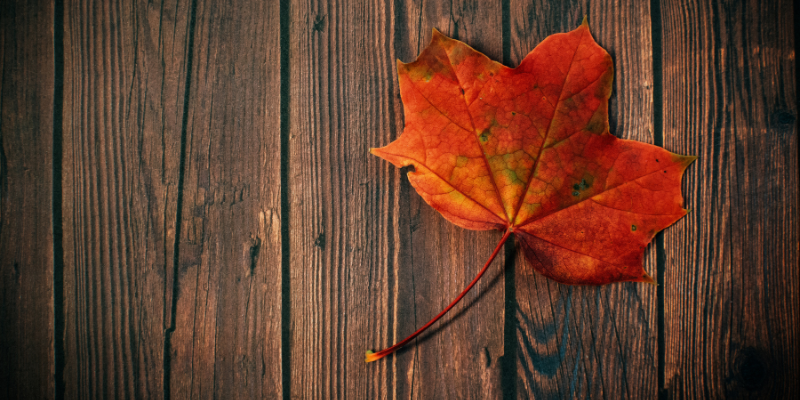 Hard and light, this wood is often used to make the white squares of chessboards as it’s pale enough to pass as white in some cases.

You would use maple to contrast darker types of wood and to create a strong distinction on your chessboard you could use ebony for the dark squares.

The wood is firm and widely available, making it one of the easier options to workaround.

Not all maple wood is the same. For example, there’s a slight difference in color between the American and European varieties. American maple has a slight red hue and in some instances, it can become almost pink.

Then there are also hardwood species, Acer saccharum. This is also called sugar maple, which is the same tree that gets tapped to make the popular syrup. It’s harder than the more common species, although a bit more expensive.

Maple wood does not have any interesting figuring in the grain once it’s been treated, however. So, it’s not the flashiest wood you can buy. 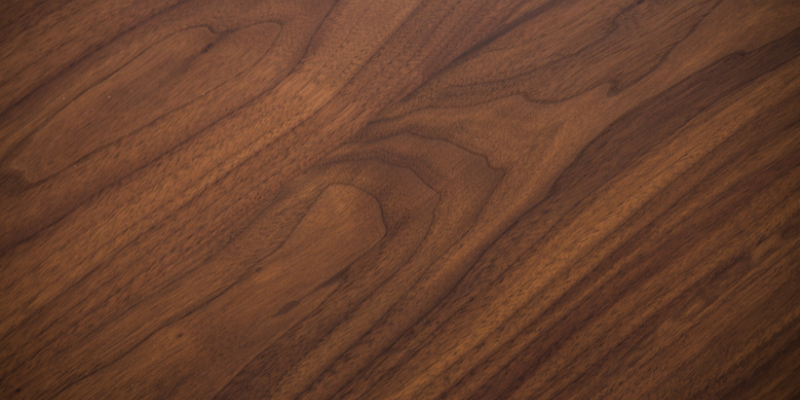 Out of the many different wood types, Walnut has some of the most interesting color tones you can find, like purple, red, and yellow. It’s versatile lumber that’s widely used in everything from construction to fine crafts.

For chess, it’s most often used to make the borders and squares of the board, although finding walnut chess pieces is also common.

The wood has a medium hardness, but it’s also surprisingly dense, which makes it a great material for making a chessboard. Its grain is compact and features an attractive figuring that varies depending on the direction of the cut.

American or black walnut is darker than European trees, which vary in color but typically feature gray-brown tones with dark streaks. The grain is equally variable, going from hard and straight to curly. This gives each walnut board a unique appearance and you can really tell the history of the tree that was used to make it.

Walnut woods are praised for their durability and for how well they take to being stained and polished. 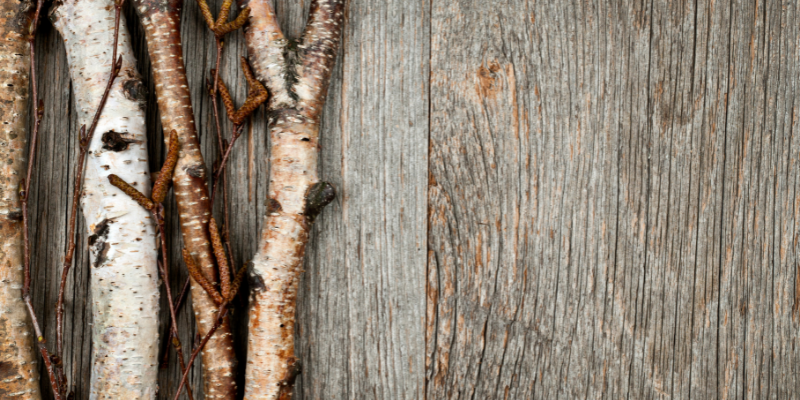 Birch has a natural, pale color, perfect for the light squares of your next chess set.

It has an ultra-fine grain which brings many advantages to the table. For one, it’s easy to cut and stain once it’s dry which makes it the favorite material for craftsmen and woodworkers.

Interestingly, birchwood is highly stable, but only once it has dried. The wood has lots of natural oils and moisture, so it loses up to 15% of its total mass while it dries.

This also makes it one of the most durable woods you can use. The natural oils in the wood act as a kind of internal varnish that keeps it free from bugs and mites and also prevents damage from environmental factors.

Birch is available in most places around the world and is often used in Europe to make reasonably priced chess sets.

In most cases, birchwood doesn’t vary a lot and is generally a light brown to nearly white. Its grain tends to be straight, though there is some deviation from lumber cut from the base of the tree trunk.

Figuration often varies at the same location, which creates some unique patterns for your chessboard. Some of these figuration patterns, like in Silver birch, are in high demand for making veneers.

To get the best finish, you’ll want to make sure you give your birch a good layer of varnish to bring out the grains. 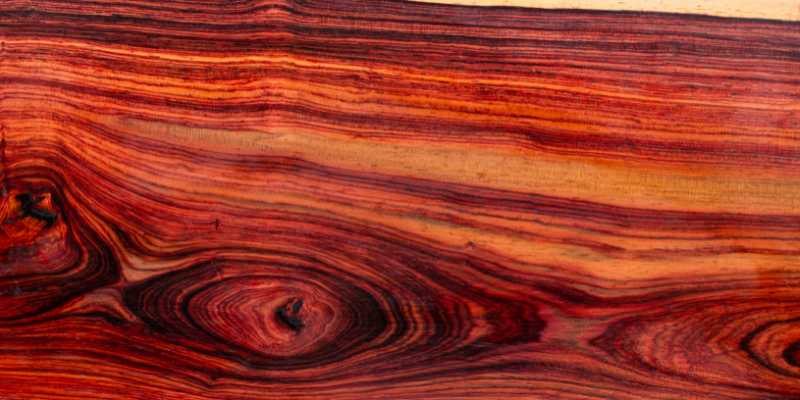 It has a uniform texture that’s sometimes coarse, meaning you’ll have to sand it down carefully to get the best appearance.

The wood has a rich, dark color with a reddish tinge to it. You’ll find rosewood in many mid to high-end chess pieces, boards, and some folding sets.

It’s highly sought-after because of its unique grain patterns. The grain has black streaks that vary between being straight, interlocked, wavy, or even spiraled. This creates unique patterns that woodworkers refer to as “spider-webbing.” It’s an attractive feature and one that not many people know how to get.

Rosewood is relatively hard but it doesn’t quite reach the mark of something like ebony. This makes it a little easier to work with if you’re making your own board, but it also means it’s more susceptible to damage.

Rosewood can be a bit oily which makes it challenging to the lacquer, although it polishes up nicely and adds a great look on the chess pieces.

Sadly, the conservation status of this wood is making it difficult and expensive to obtain. It’s not endangered, but it was declared a protected species by CITES in 2013. There’s still plenty of rosewood available that was cut before that year, but it’s becoming increasingly pricey as it’s all bought up. 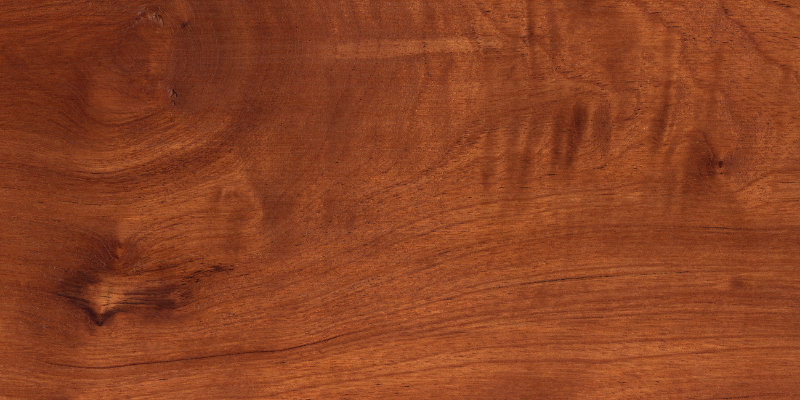 Mahogany is known for its rich dark red color. But, when it’s freshly harvested, it actually looks slightly pink or orange and only develops the dark, reddish-brown color once it has properly set and seasoned.

It’s widely regarded for how hard and durable the wood is. It’s often used to make lavish cabinets that go for hundreds, if not thousands, of dollars.

The grain is dense and interlocked with a firm structure that prevents voids and knots. However, depending on where the tree is grown, the grain can sometimes become irregular and even a bit wild. This isn’t necessarily a dealbreaker, but if you’re specifically looking for something uniform, make sure to check the piece of wood thoroughly before purchasing.

The wild grain is harder to work with, especially if you’re new to woodwork, so we would only recommend mahogany to more experienced carpenters. It can be difficult to sand down without whittling away the attractive grain, and it requires a special application for varnish or shellac.